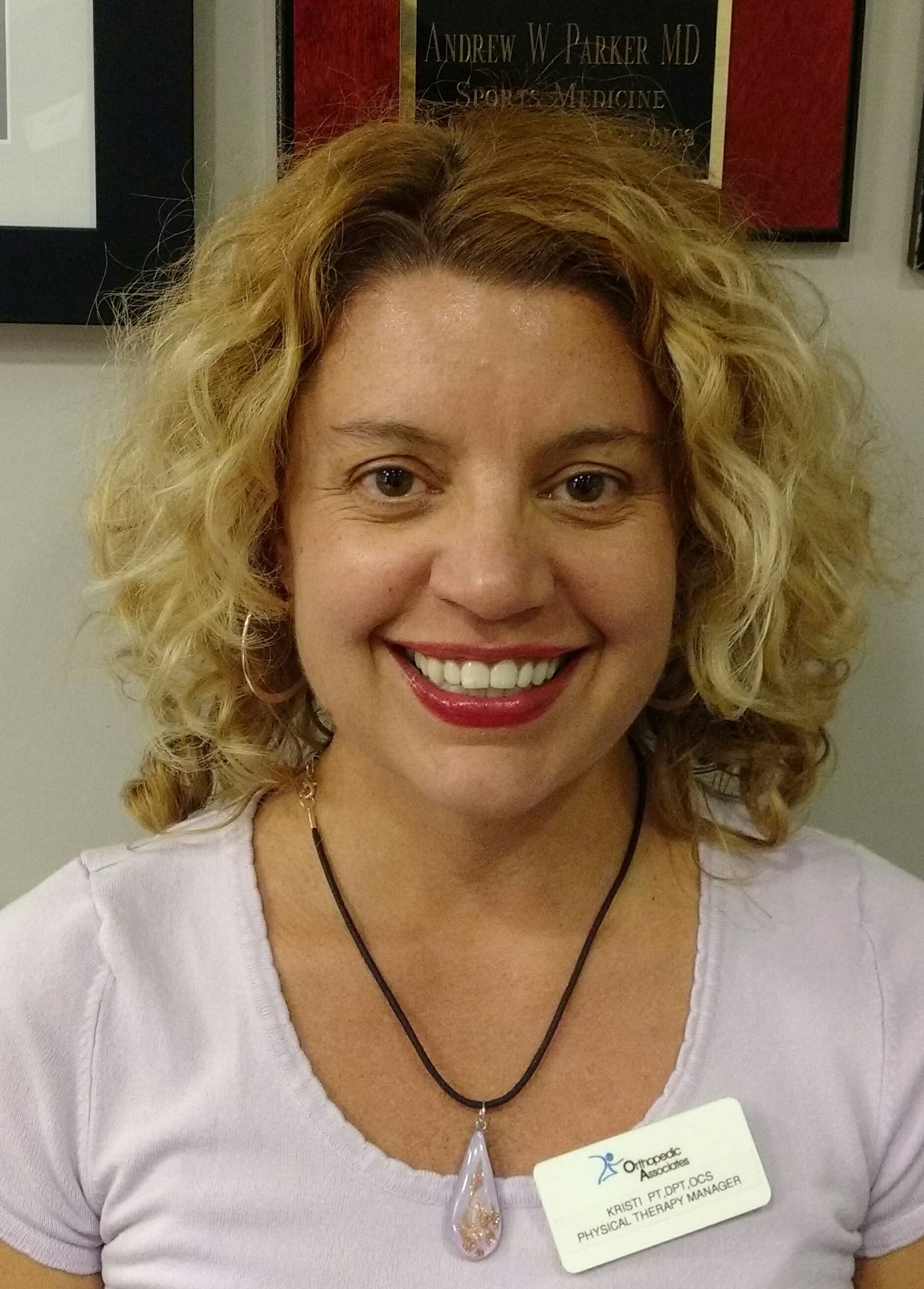 Dr Campanella received her Bachelor of Science in Physical Therapy from the University of Tennessee, Health Science Center in 1993. Soon after graduating, she helped establish a burn unit at an inpatient rehabilitation hospital in Memphis, TN. She received her certification in Pilates in 2003 and her Master's of Education with an emphasis in Adult Education and Training from Colorado State University in 2004. In 2009, she received her Doctorate in Physical Therapy from the University of Tennessee, Health Science Center. She became a board-certified Orthopaedic Specialist in 2011. She served as the Director of a Physical Therapist Assistant Program and during that time was a member on local and state advisory boards for the education of physical therapist assistants in the state of Colorado. In the past few years, Dr Campanella has worked on projects to help place physical therapists in emergency departments to assist with proper diagnosis, improved education of patients, improved discharge planning, and higher patient satisfaction. She currently serves as the Therapy Manager for a busy outpatient orthopaedic and sports medicine clinic in Denver, CO. Her pursuits include sports medicine with a special interest in working with runners of all levels to return them to sport. She enjoys running marathons and participating in triathlons. 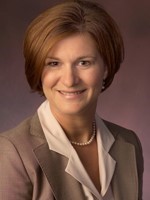 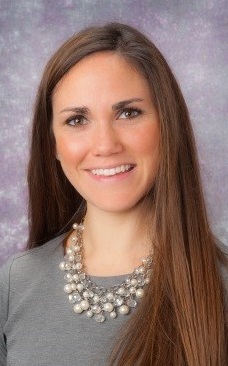 Dr Lynch earned her Bachelor of Science (2009) and Doctorate of Physical Therapy (2011) degrees at the University of Delaware. She completed a Sports Physical Therapy Residency (2014) at the University of Pittsburgh Medical Center (UPMC), Centers for Rehab Services (CRS) in Pittsburgh, Pennsylvania, where she gained experience with athletes ranging from high school to professional level. She is currently residency faculty for the Sports and Orthopaedic Residency Programs where she teaches the shoulder and running didactic components. In addition, Dr Lynch is employed full-time as a staff physical therapist at Center for Sports Medicine where she specializes in gait retraining for runners and nonoperative and postoperative management for knee and shoulder pathologies. She has 2 peer-reviewed publications and 7 peer-reviewed abstracts. Dr Lynch is a member of the American Physical Therapy Association (since 2009), the Sports Physical Therapy (2011) and Orthopaedic (2013) Sections, and serves on the American Board of Physical Therapy Residency and Fellowship Education Accreditation Services Committee (2016). 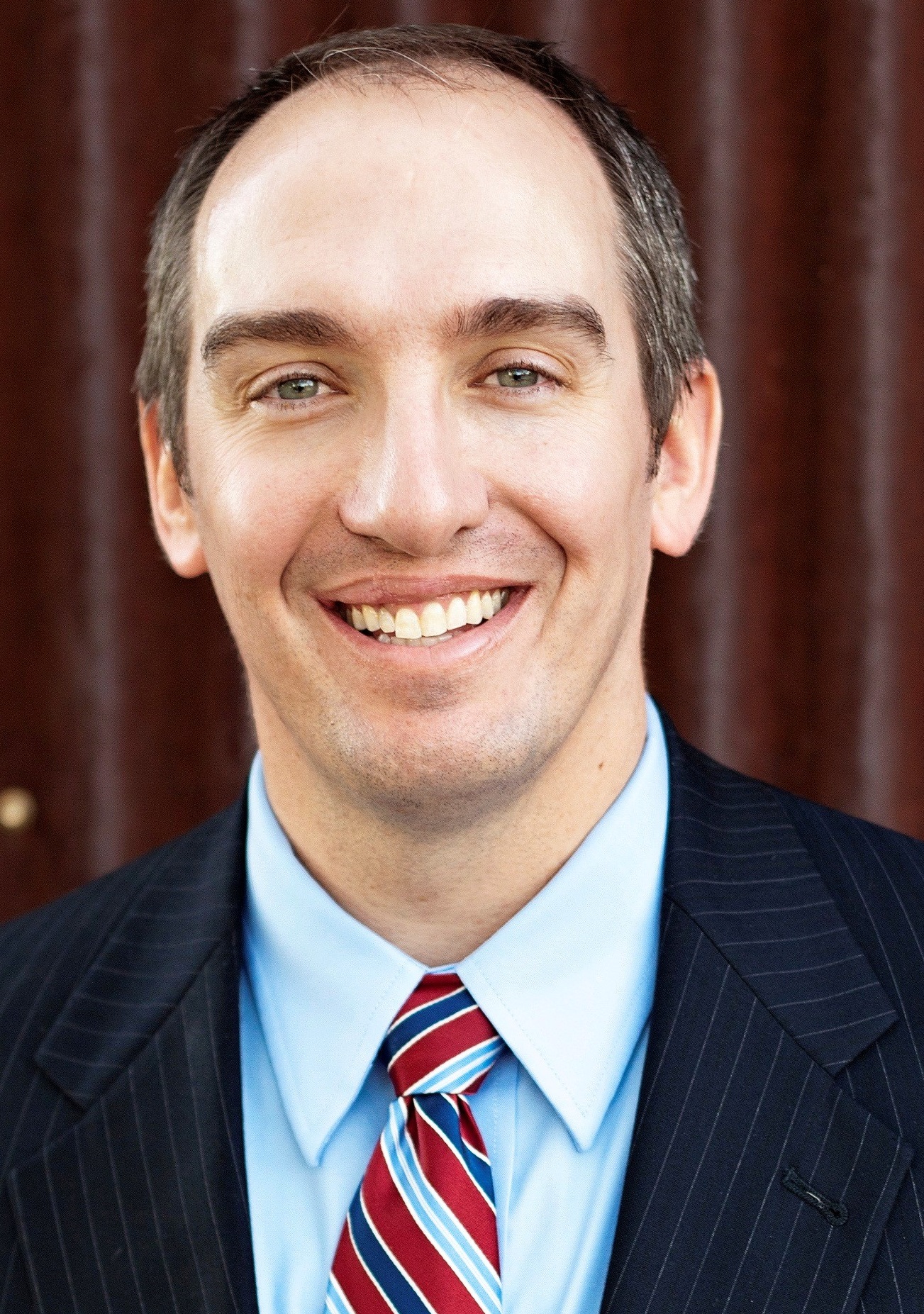 Dr Manton completed his Bachelor of Science degree in Exercise Science at Arizona State University in 1998. He earned his Doctor of Physical Therapy degree from A.T. Still University in Mesa, AZ, in 2001. While he was in the physical therapy program, he became a certified strength and conditioning specialist (CSCS) through the National Strength and Conditioning Association. Dr Manton became a board-certified specialist in orthopaedics (OCS) in 2007. He co-authored a chapter, Core Stabilization, in the American Academy of Orthopaedic Surgeons publication Orthopedic Knowledge Update 4: Sports Medicine. He is currently an Assistant Professor in the Physical Therapy Department at A.T. Still University. He also serves as a faculty member in the Orthopedic Physical Therapy Residency Program at the university. Dr Manton also provides physical therapy services to the Mesa Fire and Medical Department in Mesa, AZ. 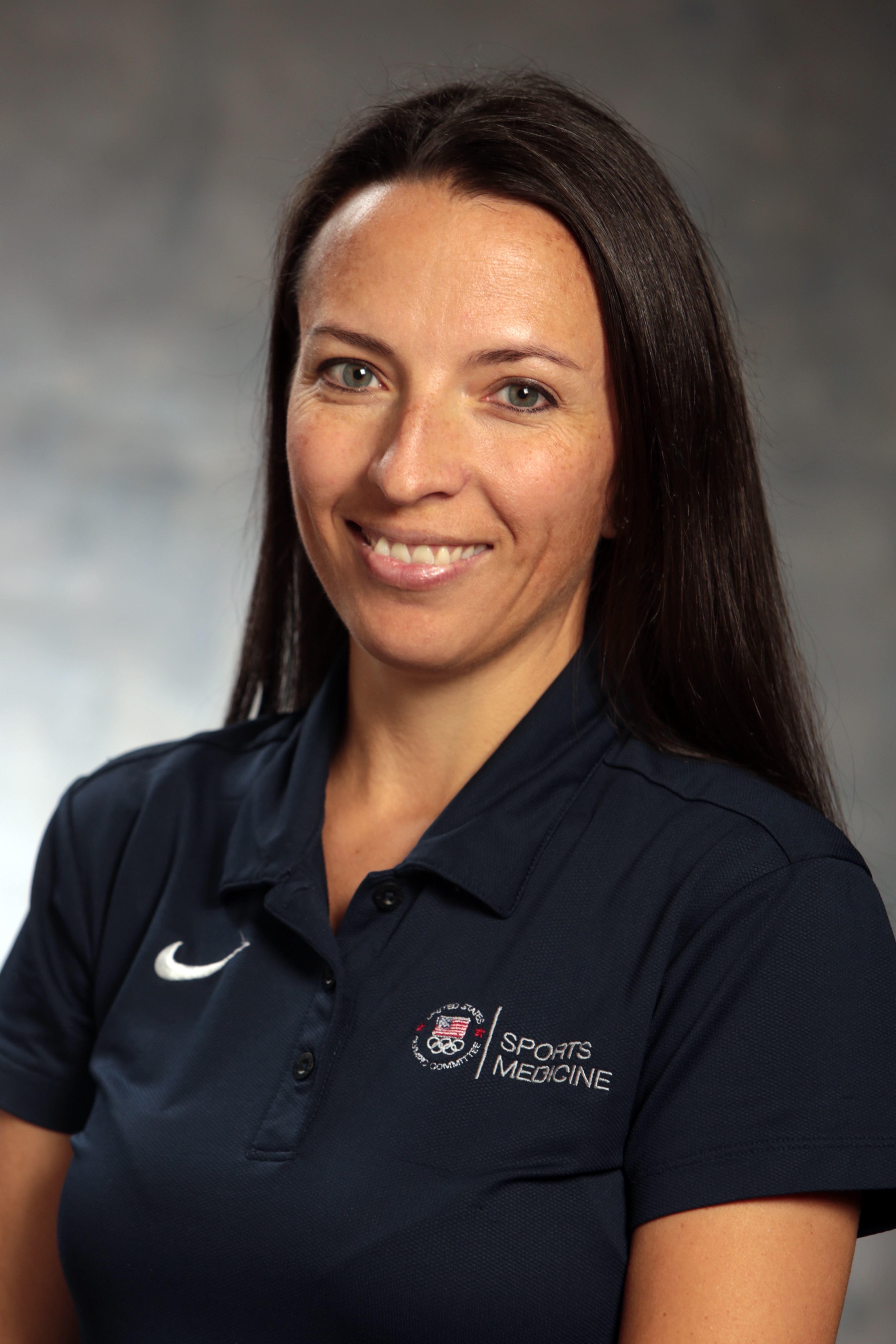 Dr Donaldson serves as the Director of Sports Medicine Clinics for the United States Olympic Committee. In this role, she manages the daily functioning, staffing, and budgeting of 3 Sports Medicine Clinics and Recovery Centers and ensures consistency of policy across these facilities. Dr Donaldson also oversees the organization of the Olympic and Pan American Games medical services. She served as the Medical Director for the 2014 Sochi Winter Paralympics and as a clinician at the London Olympics and Toronto Pan American Games. Dr Donaldson was an official medical delegate providing clinical services to Team USA at the Rio Olympics. She also serves as a health care provider to the many athletes on campus and at the Games. Dr Donaldson previously served as the Director of Sport Sciences and Medicine for the Women’s Tennis Association (WTA) for 6 years. With the WTA, she traveled extensively around the world, caring for athletes and overseeing administrative duties at the association's headquarters. Prior to working with the WTA, Dr. Donaldson lived in Hawaii and worked with a variety of athletes at a multidisciplinary clinic. She has presented at several sports medicine conferences and published in various sports medicine journals. Dr Donaldson received her Bachelor’s degree in Sports Medicine from Pepperdine University, her Doctorate of Physical Therapy from Slippery Rock University in Pennsylvania, and her Master’s degree in Manipulative Physiotherapy from the University of Melbourne in Australia. She has completed her sports specialist certification, is a certified strength and conditioning specialist and a certified Pilates instructor, and provides other specialized services such as dry needling, ultrasound biofeedback, and vestibular assessment and training.

Dr Lavallee received his Bachelor of Science degree in Health Science from Quinnipiac University, Hamden, CT, in 2009. He earned his Doctor of Physical Therapy degree from Quinnipiac in 2012. Dr Lavallee is a physical therapist at Denver Physical Therapy, Castle Rock, CO. He is currently pursuing fellowship through the American Academy of Orthopedic Physical Therapists through The Manual Therapy Institute (MTI), San Marcos, TX. He is an advocate for a holistic approach to treatment that addresses the underlying cause of pain, whether that is weight, faulty movement patterns, sustained postures, or a combination of issues. 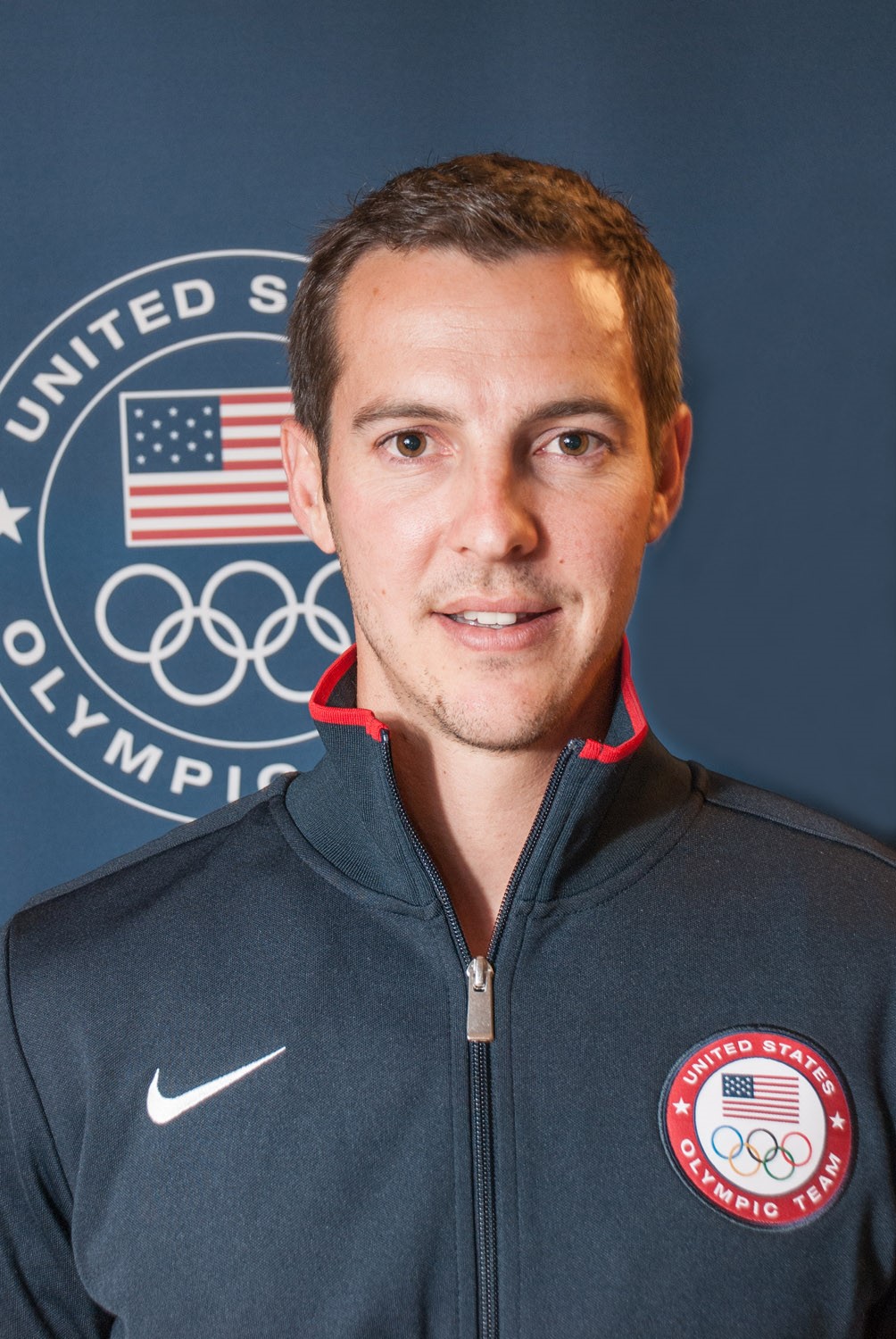 Dr Nabhan is the Associate Director of Clinical Research and Multidisciplinary Care for the United States Olympic Committee (USOC). He graduated Cum Laude with a Bachelor of Science degree in Physiology from the University of Arizona, was class valedictorian at Southern California University of Health Sciences where he earned his Doctorate in Chiropractic, attended a postgraduate residency in sports medicine at Southern California University of Health Sciences, and later completed a sports medicine fellowship with the USOC at the Colorado Springs Olympic Training Center. He has worked full time at the Colorado Springs center since December 2009, and was a member of the TEAM USA medical staff for both the 2012 London and 2014 Sochi Olympic Games. A strong proponent of evidence-based health care, Dr Nabhan has made several contributions to the sports medicine literature in both domestic and international journals. He is frequently asked to speak on his clinical and research experiences, including postgraduate lectures for health care providers of all specialties. Dr Nabhan currently serves on the Board of Directors for the American Chiropractic Board of Sports Physicians and has contributed to committees for the American College of Sports Medicine and the American Institute of Ultrasound in Medicine.

Dr Watson completed her Master of Science degree in Physical Therapy at Duke University in 1988. She became a board-certified specialist in orthopaedics (OCS) through the American Board of Physical Therapy Specialties in 1994. Dr Watson has published in Physical Therapy, the Journal of Orthopaedic and Sports Physical Therapy, and the Journal of Allied Health. In 2000, Dr Watson received the Excellence in Teaching Award from the University of Texas Southwestern Allied Health Sciences School, where she was an Assistant Professor. In 2001, she was awarded an Orthopaedic Section grant to fund research that established the reliability and responsiveness of the Lower Extremity Functional Scale in patients with anterior knee pain. Dr Watson completed her Doctor of Physical Therapy at Drexel University in 2006. She established and was lead physical therapist for an osteoporosis and osteopenia program at Dresher Physical Therapy in Fort Washington, PA, from 2009-2013. Her family has recently relocated and she is the owner of Bonebuilders in Greer, SC. 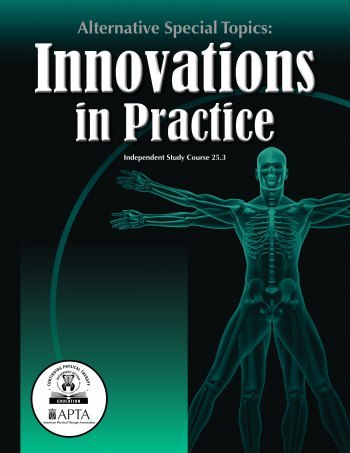 This unique 6-monograph series contains updated and timely topics on areas of practice influenced by changes in health care and new technologies.